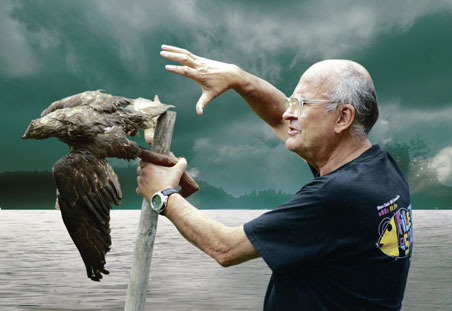 A man lives alone on his island. He keeps in touch with his wife, who is ill, by daily phone calls, but shares his everyday life with a cat. His activities change in tune with the seasons, but they are always tinged with quirky humour, his peculiar philosophy of life and music in many forms. Preparations for his final departure also take their time. This is a film about loneliness, love and letting go.

To Siberia, With My Love