Ruins of the Gaze 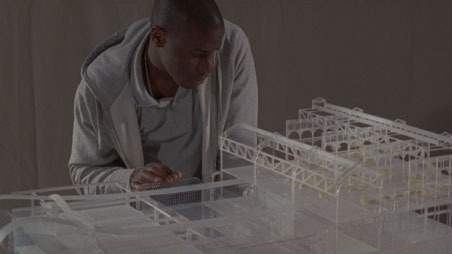 Ruins of the Gaze (La ruine du regard) is a documentary film about Europe’s largest shopping centre and metro station complex, the Les Halles in Paris. The complex constitutes a crossroads where different neighbourhoods and suburbs come together and it has been a people’s market, located in the heart of Paris, for centuries. The multiple layers of the film observe the people who spend their time in the area. In addition to this documentary film, the film materials have been used to create a separate architectural installation consisting of five still screens.

Ruins of the Gaze